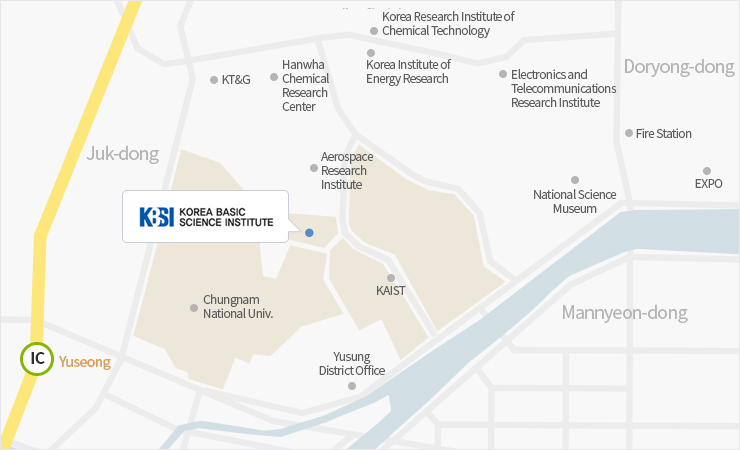 Daejeon is 2.5 hours from Incheon International Airport by road. A frequent limousine service is available from the airport. The ticket office is located at Exits 4 and 9 on the 1st floor of the passenger terminal (arrival area). The limousine stops at several places in Daejeon. Make sure you get off at either Yuseong Bus Terminal or Government Complex Daejeon.


From other regions of Korea

Once You Arrive at Daejeon…

It is best to take a taxi to KBSI. Find a taxi stand or flag down a passing taxi. In Korea vacant taxis are identified by a red light at the front. After boarding a taxi, give the address to the driver.